The “experts” on TV have been using both terms in predicting changes to our economy in the very near future. The difference between a Recession and a Depression is measured in length of time.  A recession is measured in months while a depression is measured in years. The Great Depression of the 1929-1930’s lasted four years.  This does not include the downturn in 1937.  The Recession in early 1980’s lasted six months.  In the Great Depression the GDP (The value of all goods and services produced) declined 27% and unemployment was at peak 24%.  In early 1980, unemployment topped at 8% and GDP declined around 2%. I got these numbers from Google. We’ve just heard that the GDP in first quarter 2022 dropped 0.4% or annualizes at -1.4%.  My bet would be a depression, less severe than the 1930 downturn, because of the length of time to readjust and because of the safety nets that have been established. So, what to do?

If I were running a business today, I would expect to see a business downturn and make a commitment to survive.  Not just for selfish reasons, but because the business is so important to others. I would base survival on making a best guess at the most likely scenario of what’s the worst impact that the company will see (depression) and what’s the more likely (recession ). That’s two written financial forecasts and written business plans.

If my staff and I were preparing the two plans above, they would be structured around some of the things Japan did after WWII to have a strong growing GDP by the mid 1950's, and secondly, take the attitude that the company was in deep financial crisis and needed to be turned around.

The Japanese developed a Just In Time (JIT) business model.  This model established a process where the main vendors were clustered around the major producer and goods were delivered as they were needed in the production line. Just think of the reduction in storage, moving product to and from Inventory, reduction in the size of the plant, direct and hidden cost of carrying inventory.   What a wonderful process of maximizing cash flow. A second emphasis was on quality. An American statistician, Dr. Deming became famous for teaching Japanese managers how to produce top quality products economically. One of my favorite books is  The Goal, by Eliyahu Goldratt. It’s a story of a new plant manager that had a short time to bring his plant to profitability. The lesson was to develop the manufacturing process so that parts delivered by vendors went straight into the manufacturing process and didn’t stop until placed on the delivery truck to the customer. The management team concentrated on fixing the places on the process where the flow was “bottlenecked.” The story reflects the lessons taught by Deming.  I’ve seen this system work several times.

The benefit of taking the attitude that the company is on the brink of going out of business, is that drastic action needs to take place fast and that there are no sacred cows. This is where your Income Statement and Balance sheet are so important. You can measure the benefit of each correction you make. Places that should be concentrated on when looking at the Balance sheet are: days outstanding of Accounts Receivable and the age of the receivables. Can Accounts Payable be delayed for a period?  Fifteen Days could be a great benefit.  Inventory reduction is anoter area, which I mention before.

When looking at the Income statement, how much can you reduce costs?  In company turnarounds in which I participated, it was surprising how much was saved by cutting cost of electricity, clustering machines to reduce manpower, preventative machine maintenance and improving quality. There are so many places to look for improvement.

Again, what’s your bet on the economy? We are experiencing a lot of bumps in the road. When I shared this article with a son-in-law, he said this reminded him of something he heard in the past. You get busy keeping your business alive or you get busy watching it die.  We all need for you to survive. SCORE is here to help you 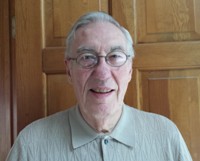 I can help you reach your goals by maximizing your business performance and grow your revenues and profit. As a business owner, president/CEO, general manager, and consultant, I have helped several businesses develop, implement, and achieve success from developing and using strategic plans, business plans. and tactical actions. As a SCORE mentor, I have worked with more than 200 entrepreneurs...